Msgr. McGolrick Park low-key, dog-friendly, and filled with a rich canopy of older trees. Land for this nine-plus acre park was secured in 1889 by Assemblyman Winthrop Jones, whom the park was originally named after. It has a historic central pavilion that dates back to 1910 and nearby monuments that pay tribute to local World War I heroes and the USS Monitor. Winthrop Park became Msgr. McGolrick Park in 1941. 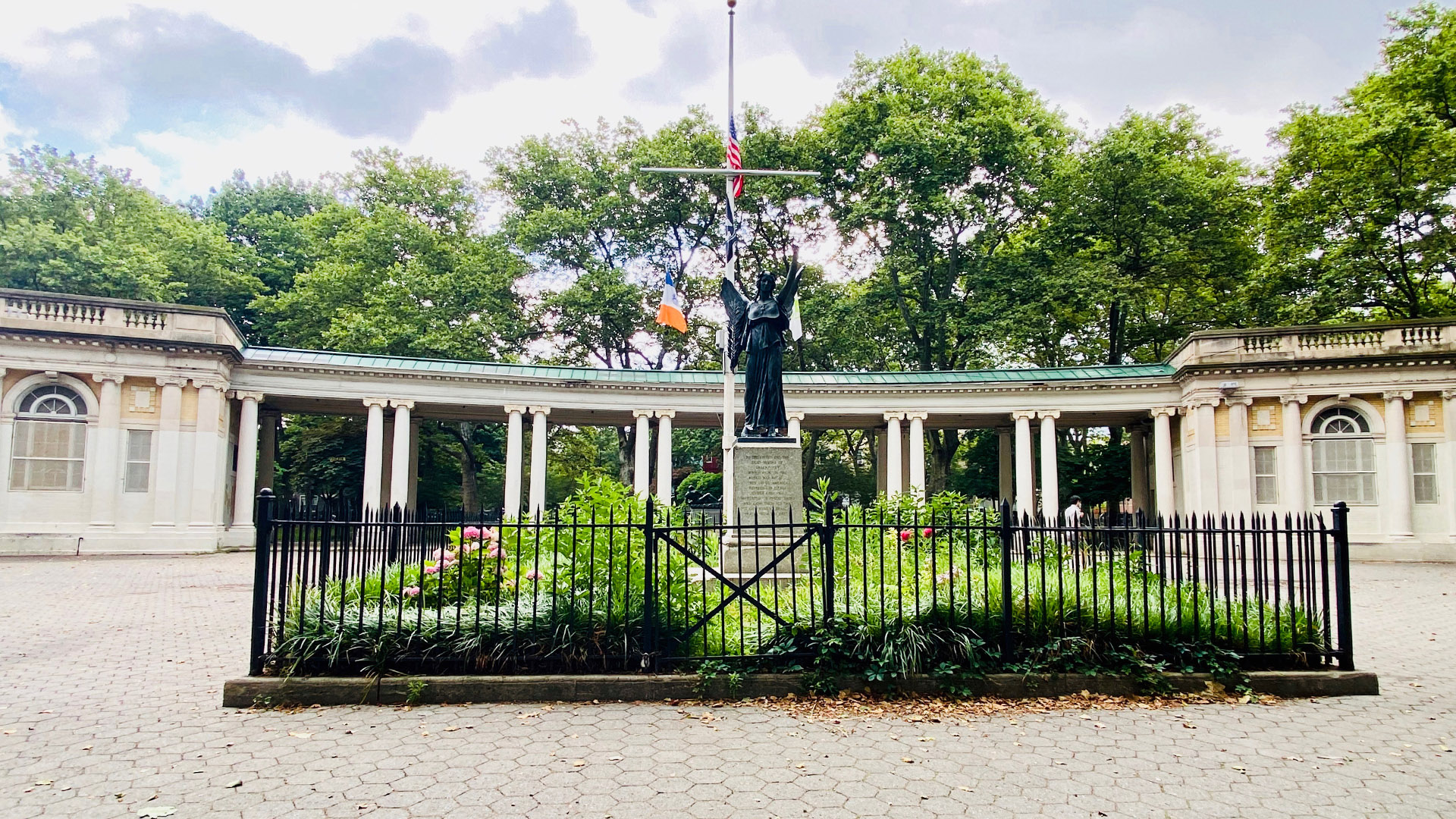 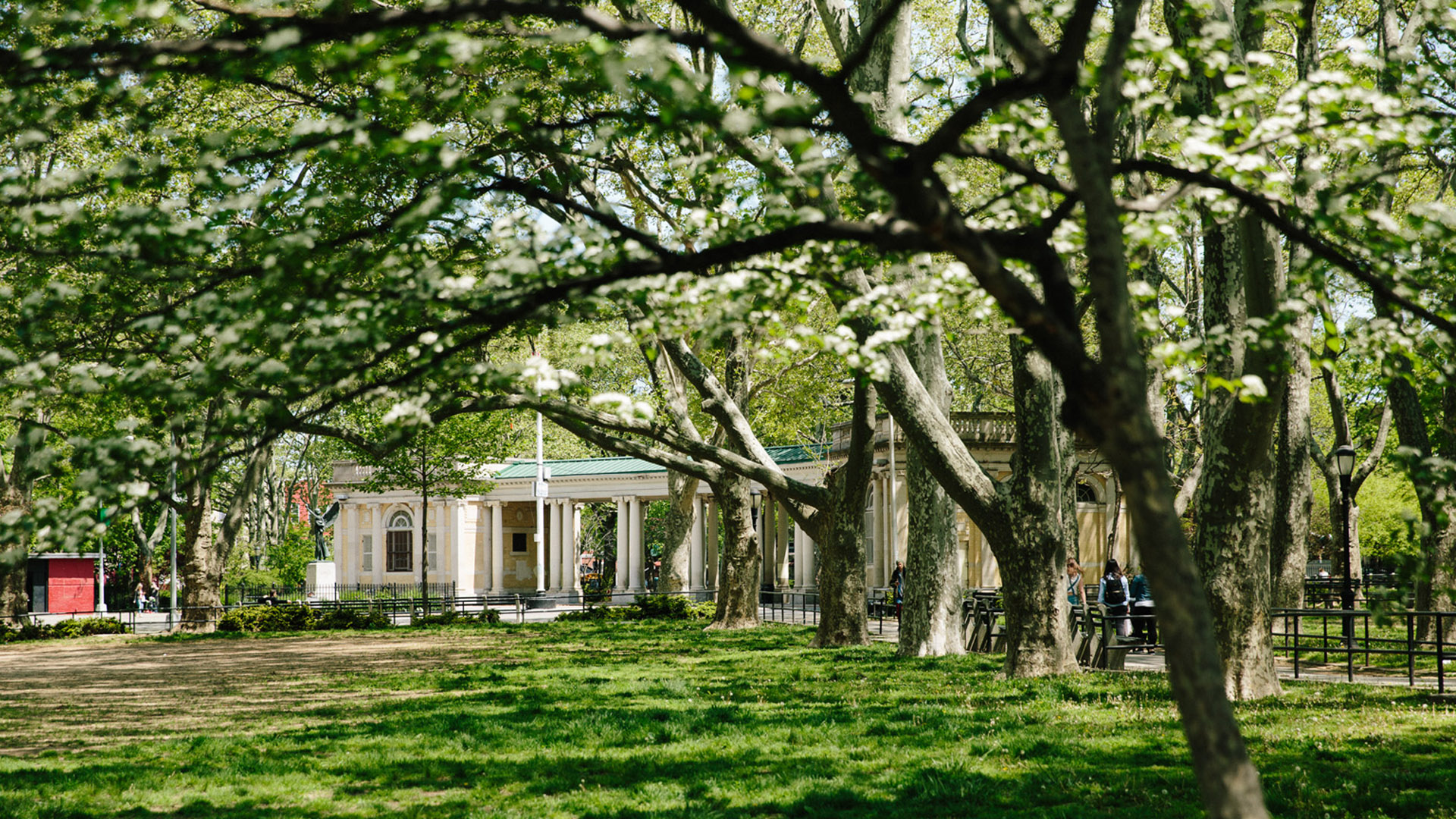 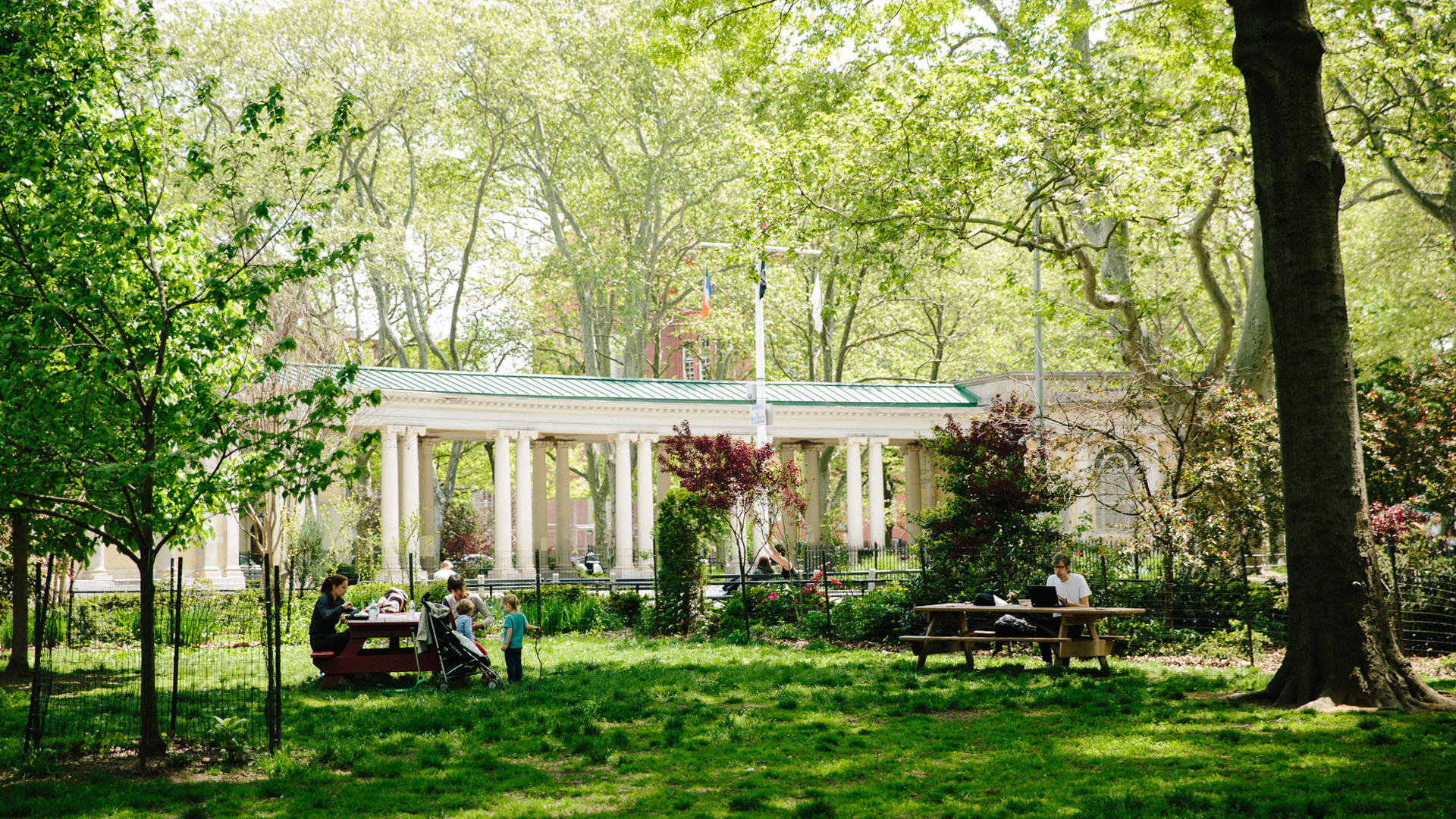 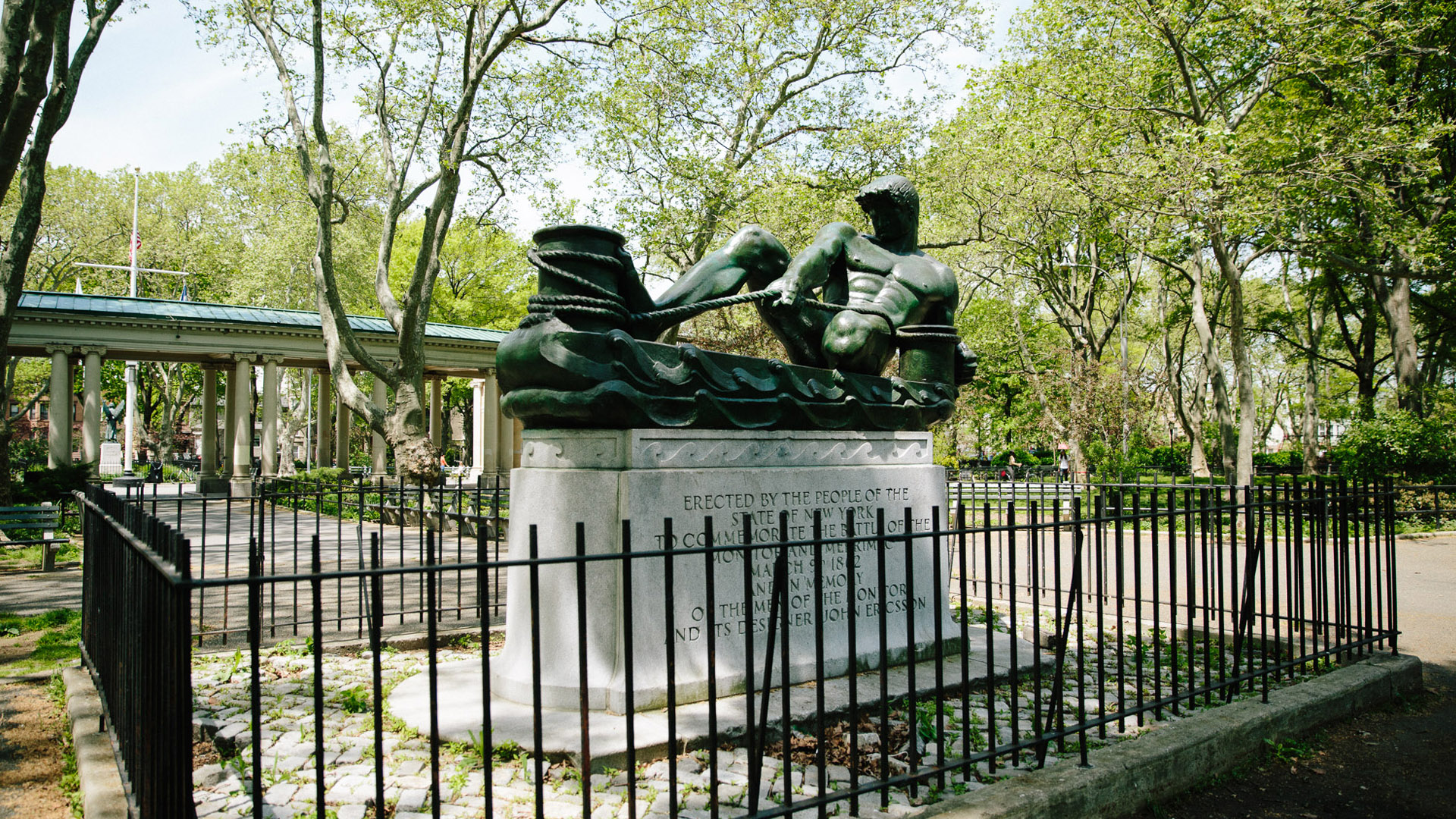 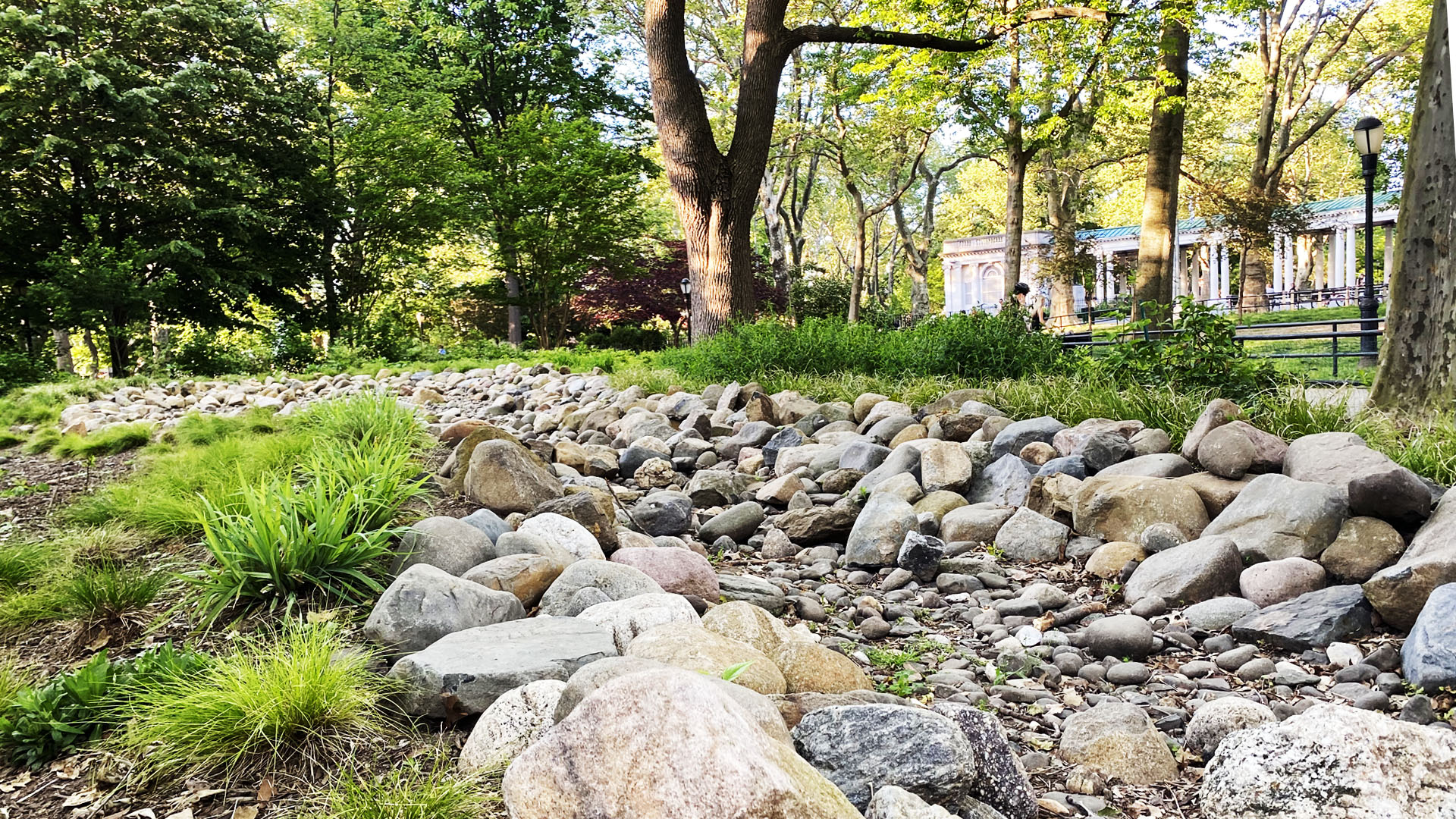 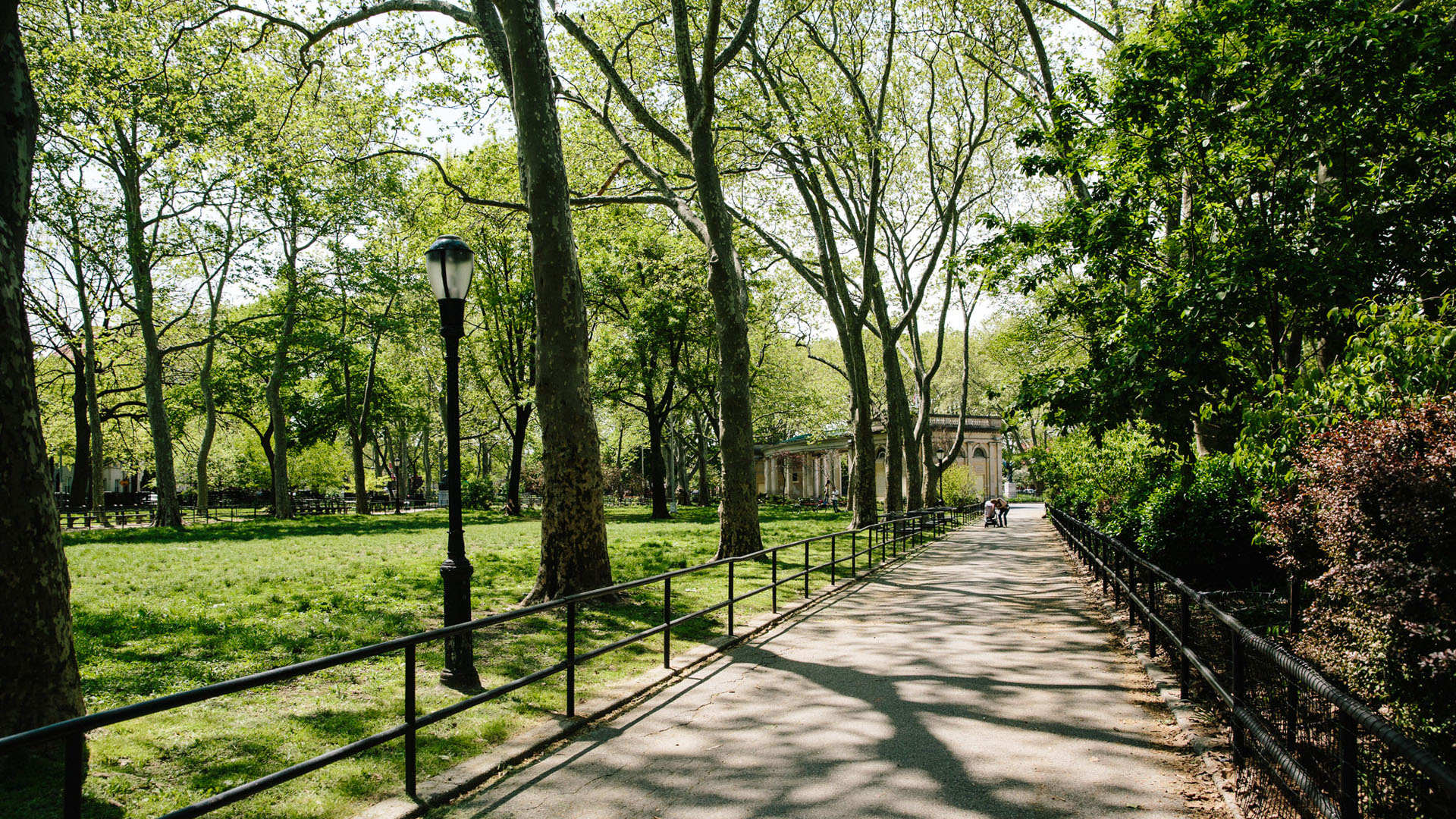 Located directly under the Kosciuszko Bridge and called “Under the K Bridge Park,” the new park converts a formerly abandoned site into a vibrant seven-acre open space that invites the public to a little-known waterfront of Newtown Creek.

Under the soaring Kosciuszko Bridge columns, our “El-space” grows from 40 feet to as much as 100 feet in height. Distinguishing itself with massive industrial “rooms” connected by a continuous beam of light that runs the park’s length, creating what we call a “solar slice.”.

Support The Things You Love